Wine production grows in southern Argentina, under the impulse of the Patagonia brand 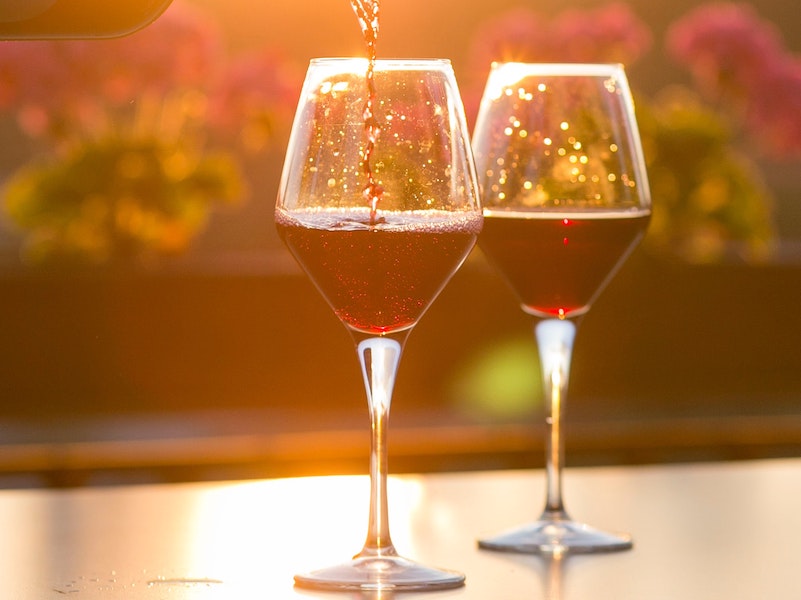 "In recent years there has been an acceleration of the knowledge of Patagonian wine," said Rubén Patritti, president of Wines of Patagonia, when presenting the 4th edition of the Expo Vinos de la Patagonia.

Viticulture grows in southern Argentina, from the production of high-quality wines protected under the Patagonia brand, with the wineries united in the Wines of Patagonia entity and the support of the governments of Chubut, Río Negro and Neuquén.

"In recent years there has been an acceleration in the knowledge of Patagonian wine," said Rubén Patritti, president of Wines of Patagonia, when presenting the 4th edition of the Expo Vinos de la Patagonia, which this time was held virtually.

Patritti highlighted that “with only 2% of the vineyards in the entire country, the region produces 14% of Pinot Noir and 7% of Merlot; just as Malbec made Argentina famous, Pinot Noir and Merlot give Patagonian wines their names ».

From Neuquén, the provincial Minister of Production and Industry, Facundo López Raggi, stressed that "the important thing is to defend the Patagonia brand, not only for the issue of wines, because all over the world many companies use the brand" .

"We have to take care of the brand from the governments together with the producers of the area", reaffirmed López Raggi, who defended the "permanent commercial positioning work, based on the competitiveness factor that the Patagonia brand implies."

For his part, the Minister of Production of Río Negro, Carlos Banacloy, considered that the region should differentiate itself with "more disruptive products, with more daring proposals, putting in value what nature gives us."

Meanwhile, the director of Viticulture of Río Negro, Marcelo Miras, highlighted the "agroclimatic conditions of excellence" in the region, which has allowed it to "produce great wines and sparkling wines" and today stand out in enograstrotourism.

On behalf of Chubut, a province that recently joined the wine production, the undersecretary of Industry of the provincial Ministry of Agriculture, Livestock, Industry and Commerce, Nadine Serón, explained that "from the provincial government we try to diversify its productive matrix."

"We have been promoting the development of vineyards, the province is rather extractive, oil and fishing, in addition to sheep, and we believe that viticulture allows other activities, especially aimed at export," he added.

An ally in promoting this activity is the Federal Investment Council (CFI), by financing micro, small and medium-sized companies through the federal investment fund, as well as supporting events, business rounds, etc.

"We believe that the sector is vital for the development of these provinces and the positioning of the region as producers of high quality wines, as well as the benefits of viticulture," said the director of Financial Resources of the organization, Ramiro Otero.

From the producer sector, the president of Bodega Familia Schroeder, Roberto Schroeder, emphasized that "it is a very large region with a great variety of soils and climates, which generates different conditions and in wines that diversity is a capital."

The Neuquén winemaker also remarked that "you have to take advantage of the great umbrella that is the Patagonia brand."

For her part, the CEO of Bodega Malma, Ana Viola, considered that «Patagonia is a very broad region, with a diversity that is taking center stage; in wine, it took on a different relevance; It is a challenge, but he has so much more to give.

From Río Negro, the president of Bodega Humberto Canale, Guillermo Barzi, asked “to defend the brand in the world, to be united, because it is an enormous added value; Patagonian wines are already a category in the gondolas of the country and the world ».

And from Chubut, the director of Casa Yagüe, Marcelo Yagüe, after recalling the extreme climate in which the activity takes place and the hard work involved, indicated that "it is worth the effort because wines with a great future are produced."

At the other end of the province, a few kilometers from Santa Cruz and the Atlantic Ocean, the commercial director of Bodega Otronia, Máximo Rocca, stressed that "Chubut is the new productive limit of Argentina", and agreed that although it has a " Extreme weather, where it is very difficult to produce, poses unique challenges. '

With a production that developed from the beginning of the 20th century, but made difficult by the distance to the important consumption centers and the low yield of its vineyards -one third of what Cuyo produces-, only at the beginning of this century -with the important development of the Argentine wine industry - Patagonia could begin to compete with medium and high quality wines, on an equal footing with the rest because transportation and logistics no longer had such an impact on the value of the product.