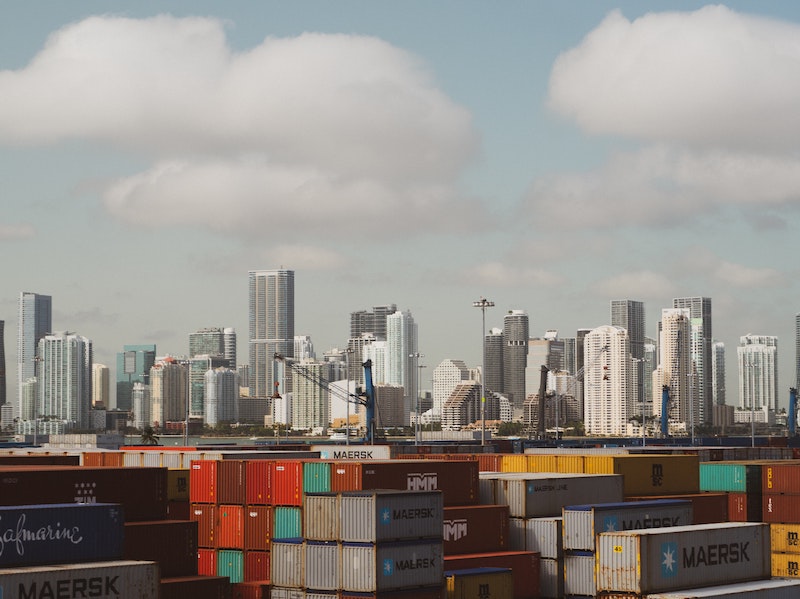 The Port of Miami reports that, despite the international economic crisis, it processed 107,088 twenty-foot equivalent units (TEU) in October, an increase of 1.5% compared to 105,573 TEU in the same period last year.

This figure means, according to the official report of the Miami-Dade county government, "the most active month in the history of the port."

TEU is the unit of measurement of capacity, equivalent to twenty feet, of maritime transport, which is used by container ships and port terminals for containers.

In fact, the county mayor, Daniella Levine Cava, recognized the achievement achieved and said she was proud of the new record "despite the existence of a global pandemic" that threatens the international economy.

“Miami-Dade is a major world center for commerce, and it continues to create jobs and expand opportunities in our community. As we seek to establish a stronger and more resilient economy, the seaport is critical to our long-term sustainable growth and prosperity. "

On the other hand, the president of the Tourism and Ports Committee, County Commissioner Rebeca Sosa, stressed that the Port of Miami continues to have an outstanding impact on the South Florida economy, despite the challenges we are all experiencing ”.

And he stressed: "Such performance is a reflection of the resilience of our community and the role played by the Port of Miami."

The administration of the Port of Miami, which has been under the direction of Juan Kuryla for the last five years, attributes the new cargo record to the balance of global trade and the more than one billion invested in infrastructure improvements to meet the needs of ships deep draft.

To date, the Port of Miami has received more than 400 post-Panamax type vessels, thanks to “the completion of the Deep Dredge project and the acquisition of new Super post-Panamax cranes”.

According to the annual report, the Port of Miami generates "more than 43,000 million dollars (43 billion dollars) to South Florida, while contributing, directly and indirectly, to maintaining some 334,500 jobs in the area."