Machu Picchu reopens, awaiting tourists from all over the world 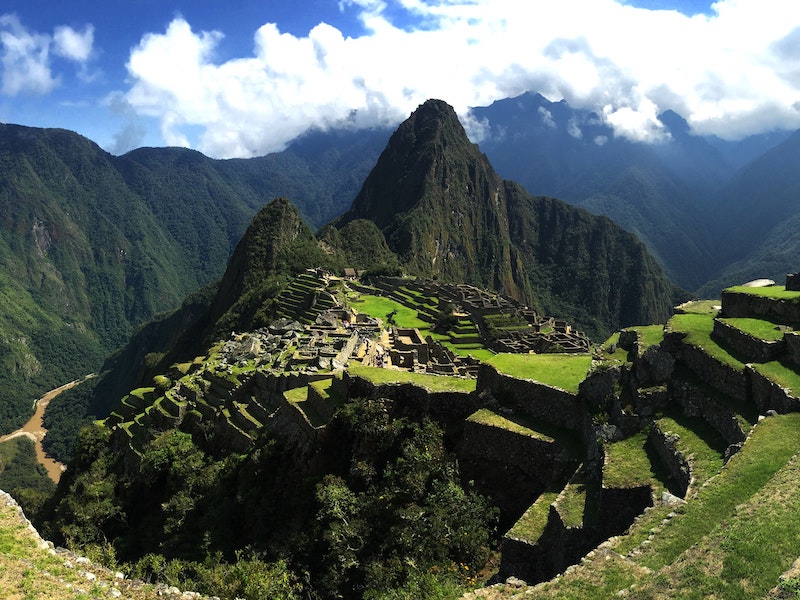 Under a fine drizzle and multicolored lights, an Inca ritual was held at night to thank the gods for the reopening of the citadel, which was declared a World Heritage Site by UNESCO in 1983.

“Today Machu Picchu opens. Opens with (biosafety) protocols. It opens up to say that we are reactivated, but with responsibility and with extreme caution, because we are seeing everything that is happening in the world ”with the pandemic, said the Minister of Foreign Trade and Tourism, Rocío Barrios, in a speech.

The first train with tourists - with an AFP team - had arrived in the morning at Machu Picchu Pueblo, the closest village to the mythical citadel, after a journey of an hour and a half bordering the Urubamba River from the ancient Inca village of Ollantaytambo.

Hidden among the Andes mountains, the majestic stone citadel will receive its first visitors on Monday, some of whom have already arrived in the nearby town, after being closed since March 16.

Exceptionally, the authorities allowed a French family (the parents and two young children) to visit the citadel this Sunday, who had been stranded in Peru when the pandemic broke into the country in March.

After the reopening, hopes are reborn in Cusco, the ancient capital of the Inca empire, and in the towns of the Sacred Valley of the Incas, which are a forced step towards Machu Picchu and who face an acute economic crisis as a consequence of the pandemic, since the 70 % of its people lived from tourism.

After a mandatory confinement of more than 100 days, lifted on July 1, many hotels, restaurants and other businesses in the area went bankrupt and thousands of workers were unemployed.

"Before the pandemic there were 80 hotels and small hotels in Ollantaytambo, but at least half of them have gone bankrupt," Joaquín Randall, president of the Association of Hotels and Restaurants in this town, located 32 km away, told AFP. of the citadel.

"The formal hotels, which pay taxes and are up to date with the state, have been able to access credits" from the government, but not the numerous informal accommodations, added Randall, owner of the El Albergue hotel (three stars) and the El Chuncho restaurant. .

In Ollantaytambo, all travelers must board a train to continue to Machu Picchu, because later on the road ends.

Machu Picchu (Old Mountain in Quechua) is the jewel of Peruvian tourism and was chosen in 2007 as one of the Seven Wonders of the Modern World in a worldwide online survey.

In Cusco and in the Sacred Valley there was a varied tourist offer, from five-star hotels to simple rooms for backpackers, but now most of them remain closed.

The first luxury hotel chain to resume operations was Belmond, a day after Peru reopened its borders on October 5, but tourists have not yet arrived.

The company operates four hotels in this area, including the only one located in front of the entrance to the citadel, whose rooms used to be reserved one or two years in advance, according to those responsible.

"We made the decision to restart operations because we wanted to give a message of security to the country and the international community," Arturo Schwarz, manager of the two Belmond hotels in Cusco, told AFP.

Other international and Peruvian hotel chains reopened this weekend in Cusco, the Sacred Valley and in Machu Picchu Pueblo, formerly called Aguas Calientes.

With the reopening, the hopes of thousands of people who sold handicrafts, transported tourists or earned a living in other trades linked to tourism were raised.

This Sunday the PeruRail company resumed its tourist trains between Cusco and Aguas Calientes. Your competitor IncaRail will do it on Monday.

Hidden among the vegetation

The mythical citadel built in the 15th century, which received one and a half million visitors in 2019, placed Peru on the world tourism map in the middle of the last century.

The Spanish conquerors who subdued the Inca empire in the 16th century never knew that Machu Picchu existed, built on top of a mountain covered with vegetation that is not visible from the plain. That is why it is called the "lost city of the Incas."

The citadel was "discovered" by the American explorer Hiram Bingham in July 1911, although some locals were aware of its existence.

Since it opened for tourism in 1948, it had only closed for just two months in 2010, when a flood destroyed the railway from Cusco.

According to the new protocols, only 675 tourists will be able to enter per day, a third of that before the pandemic.